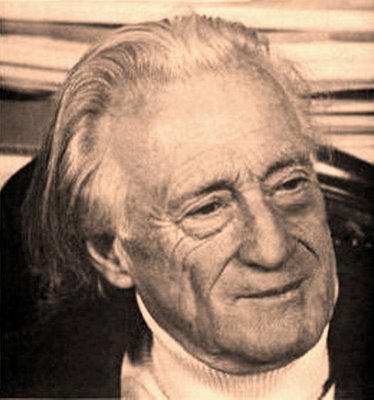 I remember reading Henri Lefebvre’s Introduction to Modernity about two years ago. In late June on the morning elektrichkas from Zheleznodorozhny to Moscow. I think that few books have given me such delight. There’s a phrase from a poem by Umberto Saba where he talks of Trieste’s old city (Citta’ Vecchia):

In a way this reflected my feeling on the elektrichka (the dirty, overcrowded trains which run to and from the large cities). The worse one’s surroundings, the purer ones thoughts became. In any case reading Lefebvre’s book was something special- like a drug removing me from the reality of the filthy train. I was so immersed in the book that I even ignored the ‘Orthodox’ woman selling her tracts on the global masonic plot headed by the Queen of England. Being such a poetic text much of the book has, perhaps, been stored away in my subconscious. Yet there is one passage that keeps returning to my mind.

It is in Lefebvre’s letter to Comrade D, the editor at V.P in Moscow ( probably the journal Вопросы Философии). He writes it from Paris on September 15, 1956. It is a reply to a suggestion that he write an article for a special number celebrating the 40th anniversary of the great October Revolution. The letter expresses his appreciation of the honour, then talks about the importance of the October Revolution and about the kind of criticism that the Soviet experiment had in France. He then goes on to explain the influence that the October Revolution had on French art. Surrealism, modernity and his brief personal acquaintance with Esenin and Mayakovsky are mentioned in passing. Lefevbre asks for some information on Proletkult, asks about his interlocutor’s opinion on an internal debate amongst French artists. Then he reflects on the idea that every individual who has failed in something should be allowed to have a second chance. “Is it reactionary to believe this?” he asks, a bit like the jealous suitor in Barnet’s ‘Generous Summer’ asking whether jealousy isn’t a bourgeois feeling. Lefebvre finally tells Comrade D.that he is getting a little bogged down so he will tell him a story which no one else knows about a friend of his called Joseph Dupont. Dupont was twenty years older than Lefebvre but unfortunately he died young when Lefebvre had been too young to appreciate his brilliance.

It is the following tale which Lefebvre tells which stuck most deeply in my memory. It is the tale of a carpenter’s son who was very gifted at drawing. The teacher gave him extra lessons – helping him as much as he could. Dupont illustrated Zola novels at twelve years old during playtimes and went on a tour of France at fifteen. He did lightning pen or pencil sketches of fat bourgeois on café’ terraces or in fashionable meeting places. He told me that more than once the portraits he did for the odd coin or two would steer close to caricature.
His only goal was to be a painter and went to an academy but he reacted against the official style. He turned down jobs which would have enabled him to continue his studies. Then he returned home to the small town where he (and Lefevbre) were born. “And there, for then years, with all the energy of a wild animal, he painted. He earned his living drawing plans for cabinet-makers or cartoons for local papers. A loaf of bread, the occasional glass of wine, and he was satisfied. He was a painter. What did he paint? Everything. Great men and great scenes from history and from revolutions.
His attic became full of canvasses. What bourgeois would have bought those wonderful and passionately realist paintings? Not one. They were not decadent or titillating enough. Joseph Dupont was not one to reject the world of things and objects… what he painted was unlike everything here- unlike the Impressionists, the Fauves, the Cubists, those vandals of idealism and decrepitude. What he painted was like – what he painted.”
“And they never forgave him for it. I became his only confidant. Once he offered the county museum museum one of his vast progressivist frescos which he had dedicated to the glory of French technology, science and industry… Anyone could see that the entire painting was imbued with the idea of historical necessity, and the genius of Papin’s mind was visible in the inspired expression on his face, marvellously captured by the brush, in trompe- l’oeil. The painting was refused. Whenever Joseph told me this story he would smile, for his moral standards were as elevated as his creative genius
I helped carry the painting up to the attic. I was in tears, but not he.
Shortly afterwards, I had to go away for a long time as part of my studies. The only valid reason for leaving one’s own country is to visit the great socialist fatherland! On my return Joseph was dead. He died without a sou, and was given a pauper’s grave. His landlord repossessed his house, and gave the entire contents of the attic to a rag-and-bone man. Like the blind instrument of a vandalistic fate, the rag-and-bone man simply made a bonfire with all the canvasses and sold the frames to a furniture merchant. All I found were a few unrecognizable fragments which the rag-and-bone man’s young daughter had cut up with scissors, for fun.
Of Joseph, nothing remained. The bourgeoisie had won a terrifying victory. I alone cherish the memory of this victim. Dear comrade , could you possibly send a delegation to visit the places where he lived out his life? Ought there not to be a monument to the unknown painter, as there is to the unknown soldier?

I couldn’t help imagining what the reaction of Comrade D. was on receiving this almost too personal letter, an almost infinitely tender and intimate letter of rage at injustice. So unbusiness-like (or,rather, unparty-like) was this offering of a story that Lefebvre had never told to anyone else, that Comrade D. surely would have been rather non-plussed or even embarassed. There is something almost gauche in Lefebvre’s letter to this magazine editor but so ferociously sincere. Was the recipient a literary functionary, a careerist, or someone with a genuinely open culture? All we know is that Lefebvre (it says so in brackets at the bottom of the page) never received an answer. And the monument to the unknown artist, it seems, was never built. And Joseph Dupont was never resurrected in the history of art as a kind of martyr-like reverse Lieutenant Kizhe (a deletion rather than an addition). Maybe because the question of the unknown artist in Russia in 1956 was still an immensely painful one (but for different reasons). As, of course, it is today when charlatanism and conformity rule like almost never before. Dupont’s story seems almost too contemporary.

Yet the monument to the unknown painter remains to be built. And a world that honours the Duponts (rather than charlatans) is still to be won. Yet thankfully we had someone as gauche, as sincere and as brilliant as Lefebvre who won’t let us forget this.