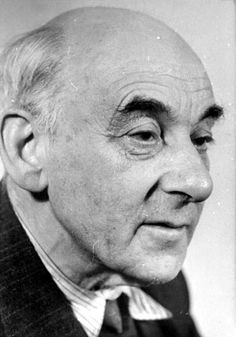 I must admit today I’ve been gripped by Kemplerian fantasies. After little more than a month in Brexitania I can’t help fantasising about a certain reversal of fortunes happening one glorious day, a kind of 25th April of the British soul. A day when the odious band of grotesque characters populating the current British political and cultural canvas would suffer something along the likes of that which Mussolini suffered in April 1945, transformed from a sadistic and almost omnipotent dictator to a piece of meat hanging upside down in Milan’s Piazza Loreto. Maybe a certain variation of punishment is called for (after all they are a rather pathetic band and like Klemperer I’d mete out the more sadistic retribution for the ‘professors’ like Ferguson). But let’s not limit our fantasies to mere lampposts and intellectuals or professors, as Victor Kemplerer once did. After all as Dante has shown us artfully in his Inferno there are a great variety of punishments which can fit those varied crimes.

So perhaps we can start with that noxious imperialist, Niall Ferguson who takes a perverse joy in tweeting pictures of lions and Union Jacks while extolling public opinion surveys showing that the imperial bloodlust of the Brits has not abated. Apart from boasting how the Brits love their Empire, Ferguson treats this as a kind of personal victory with a cry of aggro “I won, you bastards” just as a footbal hooligan does upon the victory of his team moments before he falls into that comatose alcoholic stupor which is so de rigueur amongst the Brits:

Surely one should not deny the ectasies of Empire to Ferguson himself. He may like, in the spirit of Kafka’s Officer, to experience the joys of Empire for himself. A short stint at a Mau-Mau Kenyan gulag set up by the Brits in that kippers fantasy era of the 1950s might work wonders. Would he still be praising the delights of having “bottles (often broken), gun barrels, knives, snakes, vermin, and hot eggs … thrust up his rectum” while being “whipped, shot, burned, and mutilated”? It could be done ostensibly in the form of Ferguson’s direct personal observation of how the Empire was so hunky dory. We could then have our imperial Niall report back.

Time for a reversal of roles? Surely imperialist advocate Niall Ferguson deserves a taste of Empire from the other side

Then we have that BBC frequenter of lowlife, foul-mouthed fascists the BBC’s very own ‘go homer’ megaphone, Nick Robinson. Just to remind people of how low he enjoys stooping here he is again enjoying every moment while posing with Britain First’s ‘leading lady’, Jayda Fransen:

Mr Robinson certainly likes to do more than his fair share of shit stirring in the very spirit of those nationalist nutters. A bit more BBC-like, full of innuendo instead of BF swagger but more than happy to hint that citizens who may have lived in the UK for several decades should never dare consider it to be their home:

Rather than auguring him a simple stint of stateless homelessness somewhere in limbo, perhaps his punishment could have a more avian ring to it, how about a faux Hitchcockian finale? Such as being  mauled alive by a cackle of noisy and marauding cockrels given the murderous fantasies he publicly harbours towards these creatures? (Katie Hopkins, of course, deserves to find herself in a parallel Room 101 with some killer cockroaches given her own penchant for drawing human parallels to these creatures, ). Surely, an exemplary finale for Ms Final Solution. A pity that the species depicted below is already extinct. (though let’s hope that in the location that Hopkins is destined for they’ll be resurrected in an embodiment of Nikolay Fedorov’s cosmist vision).

Sadly extinct killer cockroaches which, alas, could have been the perfect comeuppance for Katie ‘final solution’ Hopkins

David Starkey, the monarchist with a perfect nose for poking up the Queen’s rear and who would surely be delighted to be nominated as modern day Groom of the Stool.

What better fate for that chief monarchist and Henry VIII worshipper qua first Brexiteer or Brexiteer primus inter pares give or take a few years, David Starkey to become a modern day Groom of the Stool aiding monarchs with their excretions: initially he would be called on to serve with loving sycophancy the rear of Elizabeth II and then after she croaks would find it his duty to extract dung from Charles Windsor. Though, indeed, he may well be disappointed as Charles’ voice and entire demeanour are surely tell tale signs that he is a long-term sufferer of chronic constipation. Be that as it may, few more accomplished monarchist brown nosers can be found in this septic isle and I’m sure Starkey would love to bring back that noble profession in style (a profession which he himself has described in genuinely loving detail). The only drawback would be that for Starkey himself the nomination would surely be received as career promotion rather than retribution. 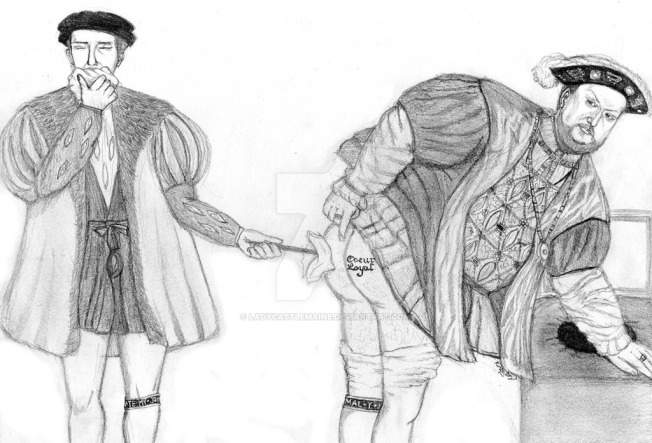 There’d surely be little disgust on David Starkey’s face were he to be promoted from simple monarchist brown noser to an official modern day Groom of the Stool.